By BROOKE BOYER-  We do what we need to do in order to protect ourselves, whether that be wearing seatbelts or refraining from risky and dangerous activities. One of the easiest ways to protect ourselves is through immunization. By receiving vaccinations, devastating diseases have become preventable and even eliminated. The small pinch caused by a shot is not at all comparable to the pain and discomfort that results from disease.

A key example of the widespread effects of vaccinations can be seen in United States history. Polio, once a terribly feared disease, resulted in paralysis and death throughout the country. Due to the utilization of vaccinations, however, receivers can be confident that this disease will not afflict them. Polio is not the only case in which this can be seen. Several diseases have either become extinct or are close to extinction thanks to immunization.

By receiving vaccinations now, we have the ability to prevent the decimation of later generations. Smallpox, a disease that was once quite destructive, no longer needs to be vaccinated for because the disease has been completely eliminated. The continuation of vaccination and eradication of today’s diseases now can hopefully ensure a better future for parents and children.

So-called “anti-vaxers” have expressed concern and opposition about the administration of vaccines. It is true that many things come with risk, and vaccinations can sometimes, but rarely, have adverse effects. All in all, being a recipient of immunizations is a personal or familial choice. The opposing viewpoint is respected, but the profound positive effects that vaccines have demonstrated can also not be denied.

Photo Caption: A doctor prepares the composition for a vaccination. 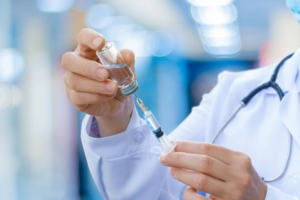 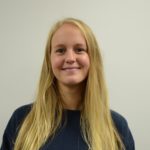