By KIARA DONOFRIO – Directed by Jeff Orlowski and produced by Larissa Rhodes, The Social Dilemma has become a popular documentary on Netflix.  Released on Sept. 9, 2020, it shows the dangerous human impact of social networking.

Every action a person does online is being watched, tracked, and recorded.  The internet even knows how long an individual looks at a photo.  With data, the people behind these apps build models to predict society’s actions, even in our real lives. Apps such as Instagram and Twitter plants an unconscious habit in us to keep scrolling and refreshing through posts.  Photo tagging is a tactic used so users have to look and open their app.  Social media manipulates people to give a dopamine hit, which gives a happy feeling.

This documentary has affected the use of social media for many students.  Senior Giavonna Spadafora stated, “I think it’s easy to say I’ve started to reduce the use of social media.  I even deleted Snapchat after it… I soon came to realize that is everyone’s main source of communication.  If I wanted to be involved in any kind of group chat for Key Club they were all on Snapchat.  So, after redownloading it I have been cutting my time back on it.  I have also shut off my notifications for all social media and have been setting caps to the ones I feel I am too invested in.”

This documentary has opened the eyes of many people.  Senior Alicia Mitchell exclaims, “My mind was blown!  I never realized that I was the product to all these apps I wasn’t paying for.  They collected all this information about how I am as a person, but I didn’t even know I was giving it out.  After watching this I immediately deleted Snapchat.  I am still working on deleting Facebook, but this is how I stay connected.  Social media can be so dangerous with this all happening.  I hope that in the future there is more of a privacy policy.”

Users have had a change in their behavior due to social networking.   11th grader, Tristin Wiggin replies, “I know people who use filters to make themselves look “better” because social media makes people insecure about how they look.  Influencers who have Photoshopped bodies are the new standard.  People who rely on social media to keep a connection with people can develop anxiety when talking to people because they are not used to talking face to face.”

This is important because in 2020 almost every person is on social media.  Being online is a part of everyday life as it is the main source of communication. 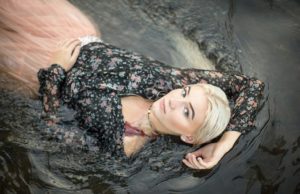 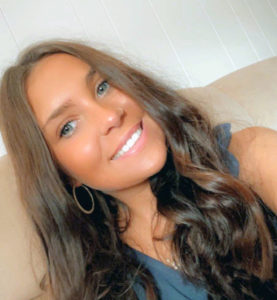