These students conducted a science project involving research, experimentation, engineering, statistics, and a wide variety of other components.

The students competed with these projects in multiple categories including Behavioral, Earth and Space, Biochemistry, Microbiology, Computer Science, Engineering, Physics, Mathematics, and more. Thirty-five students earned first place awards based on a scoring rubric, thus advancing to the state level competition at Penn State University this May.

In addition to the upcoming state level competition, students will be participating in the Covestro Pittsburgh Regional Science & Engineering Fair (PRSEF) at the Carnegie Science Center in March. If you are interested in viewing their work, students will be presenting their projects to the public at IUP on the evening of April 9th on the first floor of the Kovalchik Center and Athletic Complex. 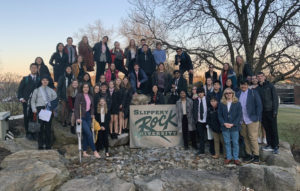