MIKAYLA CRAMER- Imagine blasting really loud music without getting in trouble. Summer concerts are the thing to do this year. Concerts can be held inside at places like KCAC or PPG Paints Arena in Pittsburgh. There are also outside venues like at a County Fair or Keybank Pavilion in Burgettstown.

For the summer of 2019 there are numerous concerts scheduled. Queen is coming to PPG Paints Arena on July 31st.  Some of their songs include “We Will Rock You”, “We Are the Champions” and “Bohemian Rhapsody” among others. They are a British rock band that formed in London in 1970. Other concerts coming to PPG Paints Arena include Ariana Grande on June 12th, and Shawn Mendes on August 6th.

PPG Paints Arena provides a climate controlled stadium, and is home to the Pittsburgh Penguins Hockey team. The Arena had a capacity of 19,758 and state of the art facilities for spectators. There are over 800 HD TVs located throughout the building for viewing, if there’s a trip to the concession stand.

Keybank Pavilion is an outdoor amphitheater for large concerts. There is reserved seating for 7,100 concert goers in an open-air pavilion and room for 16,000 more fans in the general admission lawn area.  Bring a blanket and enjoy the fresh air, night sky and loud music.

Keybank also has jumbo screens beside they stage and hanging from the pavilion for lawn viewing. Some concerts coming to Keybank Pavilion this summer include, Luke Bryan on June 7th, Thomas Rhett on July 12th and Florida Georgia Line on August 2nd.

Many other concerts are available in all music genres, searching on Google or Arena websites list the musicians or bands and their dates and times. Artists can be followed on Instagram and Twitter were they post the dates of their concerts and where they’re going to be. 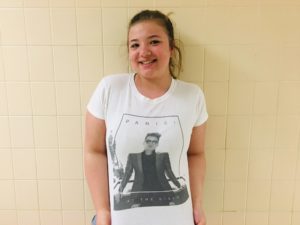