Why Trump should be re-elected

By SARAH PIERCE – Keep America Great! In order to keep America great, we need to keep the man that made America great again. Donald J. Trump should be re-elected for president in the upcoming 2020 election on November 3.

The 2020 presidential election is coming up, and it’s coming up soon! Donald Trump and Joe Biden are the candidates and if you’re voting, you should know who you’re truly voting for. Trump, in his one term as president, has done many things to make our country better.

The 2020 election is a hot topic for not only the students but anyone living in the United States. This is particularly important to students because many seniors will be able to vote this year in the biggest election. A few students were interviewed to get some different viewpoints at IHS.

Junior, and student in the 2020 elections class, Ben Nettleton stated, “I’m a conservative that’s for small businesses. I don’t believe in socialism which seems to be a part of the liberal platform. [Trump] imposed tariffs on China, [fostered] economic growth, lowered corporate taxes on small businesses, tightened laws on immigration, and brought the National Guard into cities with democratic leaders to stop the rioting.  [Biden] chose a running mate that’s for abortion, and wants to repeal the Hyde amendment.”

According to FactCheck.org, since President Trump’s election, the economy has added 6.7 million jobs to the economy. Also, unemployment fell to the lowest rate in half a century due to Trump being in office. Americans are being lifted out of poverty as a result of today’s booming economy.

Freshman, Olivia Zimmerman stated, “I support Trump because he supports the military and law enforcement. Something that Trump has done that positively affected Americans is that about six million jobs have been created under Trump.”

According to whitehouse.gov, since President Trump took office, with incomes rising for Americans, the poverty rate fell to its lowest level since 2001.

Trump has made America great again and he should be re-elected because if he does, he is going to keep America great. 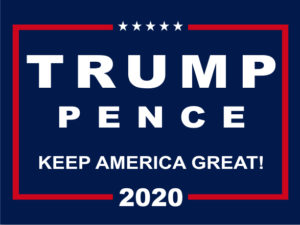 By JUSTIN REESE – The 2016 election marked one of the most controversial and important elections in history, the results are still tender and painful for those marginalized by the victor Donald Trump. Just four years later, voters are once again faced with the dilemma of choosing from the lesser of two evils, Trump or Joe Biden.

It’s no secret that Joe Biden wasn’t many people’s first choice. I myself was a self-described “Bernie Bro.” Still reeling from the damage the DNC caused in 2016, I picked up the civic torch and campaigned for Bernie Sanders in 2019 and 2020. I phone-banked undecided voters, attended rallies, delivered literature, I even got to shake Sanders’ hand.

I’m not alone in originally supporting a different candidate. Senior Gracie Porter stated, “Originally my favorable candidate was Sanders, but I was sure that Biden would get the nomination. I think it’s important for more people to vote because we absolutely need Trump out of office, and that means voting Biden regardless of who you supported in the primaries.”

The truth is, I really thought he had the nomination, then came the results of Super Tuesday and the South Carolina primary, Sanders suspended his campaign, and I suspended my belief in a hopeful future for America. Just a few weeks later, I placed a Biden sign on my front door, a bumper sticker on my car, and an ambition to get Biden elected.

Several IHS students had similar thoughts. “Biden has one strong quality, he isn’t Trump. I don’t care how much you dislike Biden, I think you can agree that Trump is objectively worse in all aspects. I do wish Biden were more inclusive and had a more comprehensive plan for healthcare such as Medicare for All. While I wish we had a different system altogether, but I’m going to work with what we have and vote Biden,” disclosed senior Matthew Long.

As I said, Biden wasn’t my first choice, in fact, he and I disagree on some of the most fundamental ideas. Biden doesn’t support Medicare For All but has every intention of building upon the Affordable Care Act which has provided healthcare security for over 100 million people. Comprehensive plans to cut taxes and make sure the taxes you do pay are to the benefit of the taxpayers were also included in Biden’s plan. Meanwhile, Trump has made empty promises to eliminate the ACA with no means to help the 100 plus million people who will be health care insecure.

Biden also supports comprehensive immigration reform that makes it easier for hardworking families to flee dangerous situations and seek out a new life in America, while also keeping criminals out. On the other hand, President Trump has advertised his greatest show of nationalism, his border wall, of which, a sad 110 miles has been completed according to US Customs and Border Control.

It’s evident that Trump’s policies are weak “We can’t take another four years of Trump. We can’t handle another four years of corporate tax cuts from the pockets of taxpayers. Of course, I’d rather it be Sanders vs. Trump but any Democrat is better than Trump. No one can do more damage than what he has done,” said junior Abby Mazey.

“Sometimes an election is more about voting someone out of office,” added Porter. 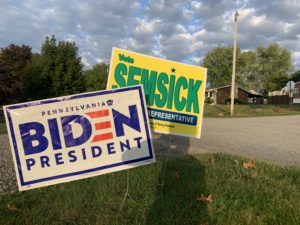 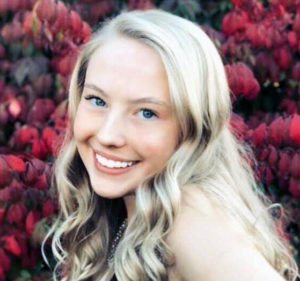 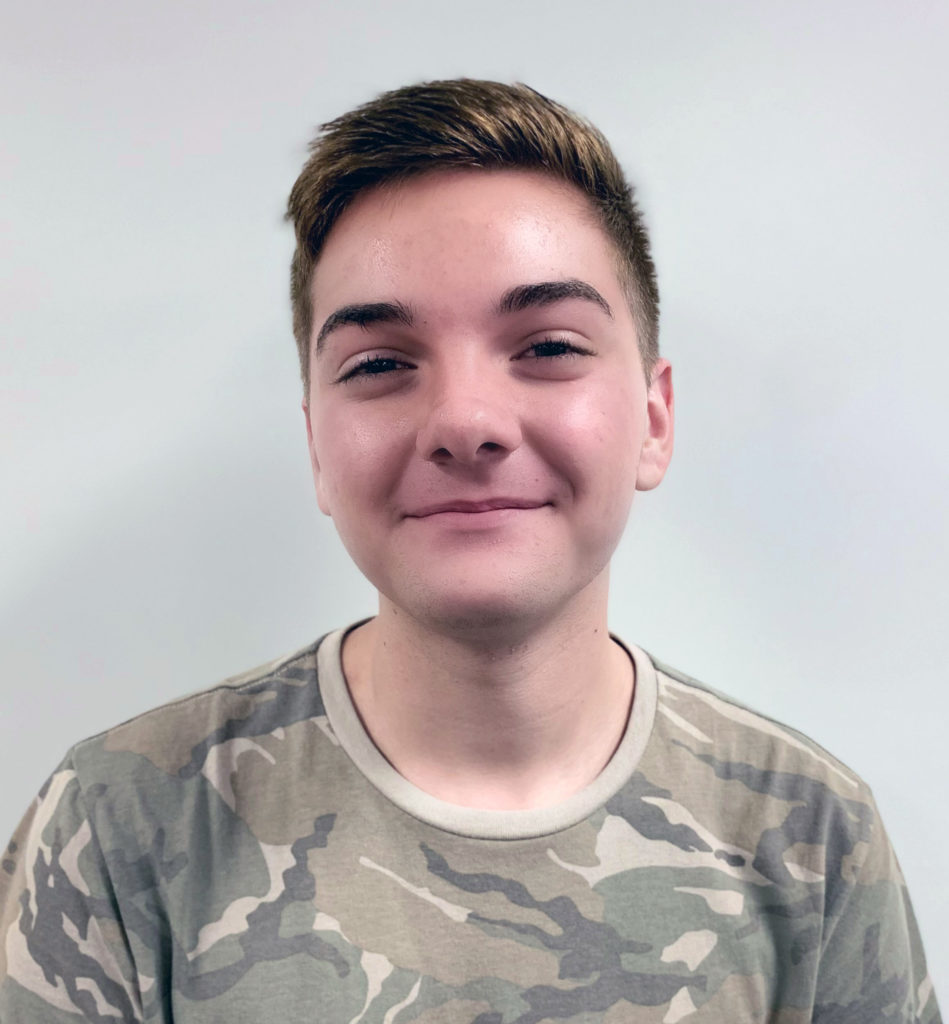