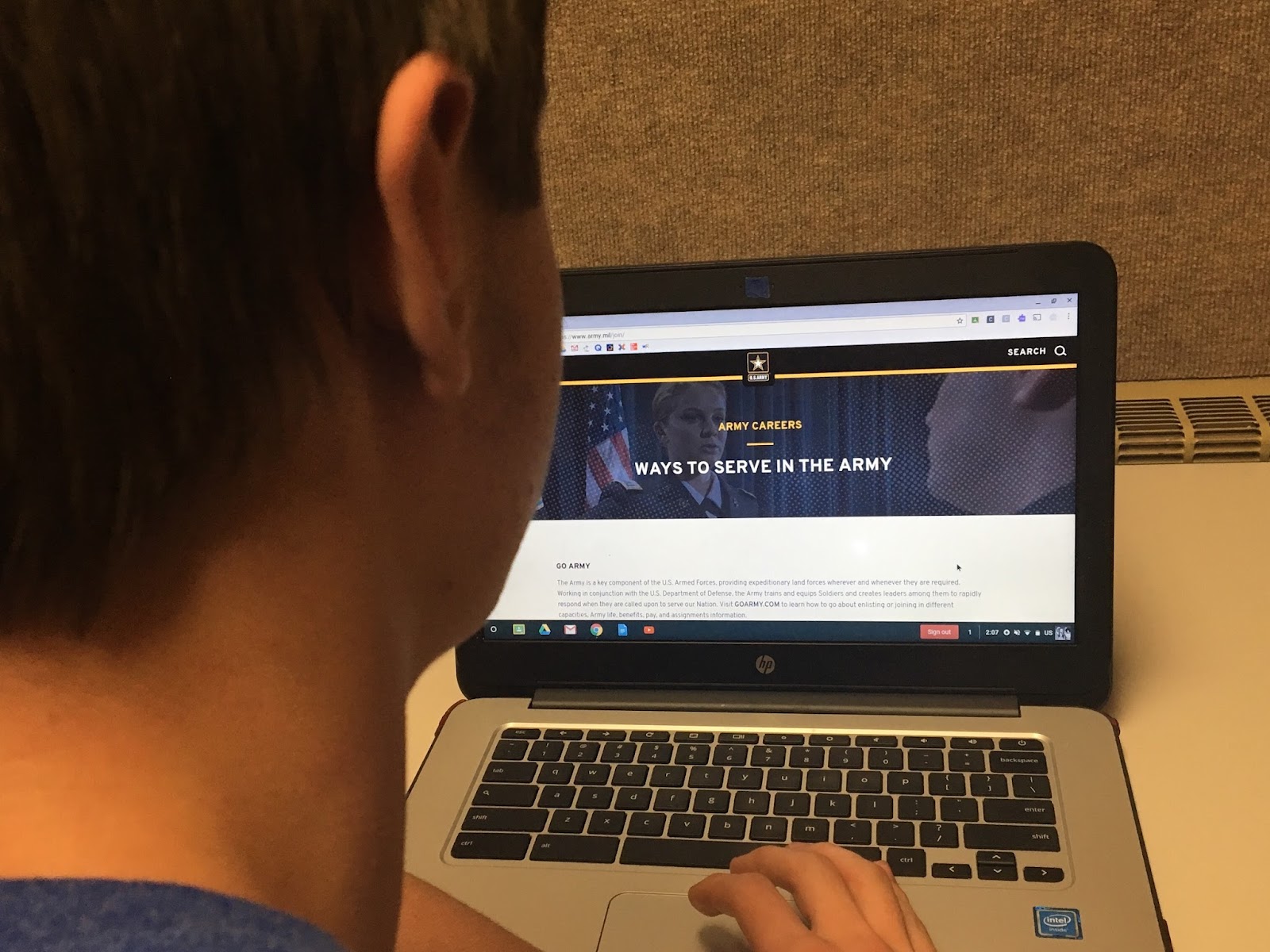 By INDIA KRUG – On July 26th, 2017, President Donald Trump announced a ban on all transgender soldiers via Twitter, claiming the decision was based on the “tremendous medical costs and disruption that transgenders in the military would entail.”  The policy bans future transgender recruits and allows the Secretary of Defense, James Mattis, to decide if the current 2,150-10,790 potential transgender soldiers can remain. It remains frozen as the Department of Defense reviews it.

Since then, human rights groups and enlisted transgender soldiers have protested the ban, taking to social media, the streets, and even the courts to voice their opposition.  On August 28, 2017, the ACLU of Maryland filed a federal lawsuit against Trump on behalf of six transgender and active military members, including Petty Officer First Class Brock Stone.  In Stone v Trump, the ACLU argues that the ban is unconstitutional and violates the equal protection rights of transgender soldiers.

The ban has sparked controversy throughout our nation, with many supporters and members of the transgender community outraged at the treatment of our soldiers.  Frankie Baumer, an eleventh grader, says, “What Trump doesn’t realize is that trans* people have been serving in the military for ages.  Even if they weren’t ‘out,’ they were still fighting for this country.  The country that Donald Trump apparently values so much.”

Despite the backlash, some do not entirely oppose the ban, claiming that debt is a significant problem in this country and we need to be taking steps to save money.  Tenth grader Caleb Hockenberry states, “From a logicality standpoint I believe this does save money, but I believe there are more effective ways to save money such as renewable energy.”

So how much money will this ban actually save? A 2016 study conducted by the Rand corporation, a non-profit organization that analyzes the country’s armed forces, concludes that the military spends $2.4 million – $8.4 million per year on medical costs for transgender soldiers.  That is approximately 0.00038-to-0.0013% of its $640 billion dollar budget.

Many students at IHS heard about the transgender ban this summer, including Jill Black, a senior, who said, “I was disgusted that there were body able men and women willing to fight in our army but were turned away because of their sexuality.  Our country will continue to be fractured if we cannot accept others.” 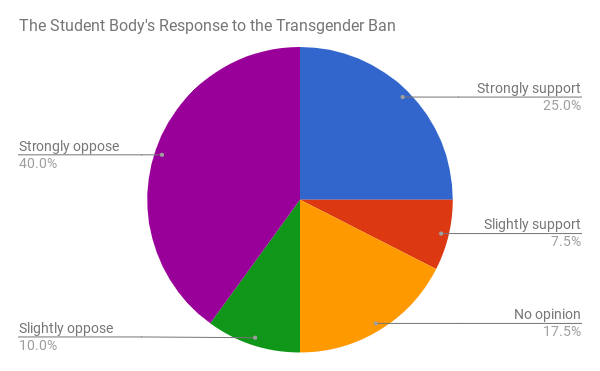 The student body was polled on their opinion of the ban, given the choices “strongly oppose, slightly oppose, no opinion, slightly support, or strongly support.” Based on a 40-person survey, 40% of the students strongly opposed the ban. Being a congressional district that turned red during the 2016 election with 65.3% of voters casting their ballot for Trump, that news is surprising.

The question comes down to this.  Is this honestly a money-saving technique, or is it instead a political statement? And does “America First” require leaving some Americans behind?