By ASHLEE GRAHAM – Each year, the Teddy Bear Fund Drive holds the annual Variety Show the day prior to Christmas break. All of the money raised by the show and other fund drive events goes to help children in need at local hospitals.

Senior Ella Spadafora, one of this year’s hosts said, “This is one of the best parts of the year. The show is so much fun, and it’s great to see all of the talents from students that you had no idea they could do. I have attended all four years, and even though I didn’t participate with an act, it was so much fun being able to be a host this year and bring some laughter into it. It was a great way to wrap up my senior show, and I will never forget the memorable time that I had doing so.”

This year, the show was held on the morning of December 21 and went through third period. The show gave many opportunities for students and faculty in the building to showcase their abilities in a fun and lighthearted way that involves the whole school.

Senior Chase Cunningham says, “This show is always a great way for the student body to relax before break and kick into Christmas mode. The teachers always put on a great performance, and the students are so talented.”

From rap battles to duets, the show encompassed a lot of talented students. The IHS Dance Team performed, the teachers had their own annual act together, and singers impressed.

All of the acts had a great time performing in front of their fellow students, as well as being able to help such a wonderful charitable event that help out local children during the holidays.

Senior Hammad Affan commented, “ The show has been great all four years, and this one was one of the best. I look forward to the rap battle with Dr. Layden every single year, and he did not disappoint this year either. The acts are so fun to watch, especially when they’re different and fun, like the Rubik’s cube, that’s not stuff that you can see every day.”

The Variety Show proved to be a hit yet again this year, and the underclassmen are already practicing acts that to show off up on stage next year as well.

Photo Caption: “ ‘The BennyVwubbz Experience’ performs a set during the show.” 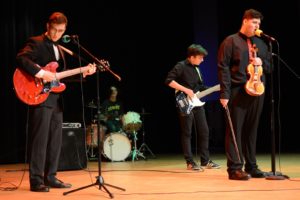 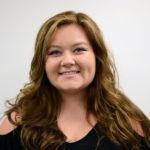