By SYLVIA GALENO – The IHS Rowdy Rooters are ready to get loud and rowdy to cheer on IHS. After two losses, the football team was happy to be playing on their own turf. Many are looking forward to this season. Friday’s game against Ringgold marks the team’s first win, with a final score of 28-13.

Hopes and spirits were high, and the crowd cheered loudly. Senior Aj Ryan said, “ I am looking forward to getting loud and rowdy with my classmates one last time this season.” He also stated that his favorite part about cheering as a Rowdy Rooter is “going crazy.” That’s exactly what happened as the team racked up points on the field.

Many fans lost their voice cheering for their winning team. At the beginning of the third quarter IHS and Ringgold were tied 7-7. Later on, IHS scored two more touchdowns, taking the lead with a score of 20-7.  During the fourth quarter, Ringgold scored 6 points and Indiana scored 1 point. With only 1.3 seconds left, Indiana scored another touchdown for a final score of 28-13.

The team gave everything they had to redeem themselves and show that their efforts in practice had paid off. Senior and manager of the team Alissa Gornick shared, “Both the players and the coaches put their hearts and souls into this [winning the game], sacrificing a lot of time, which will only act as an asset in their future games.”

Senior football player Todd Trainor stated, “I’m looking forward to trying to change what the school thinks about the team and winning some games. We’re laying a foundation for the teams to come in the future so they can be better than us.”

The next home game will be on Friday, September 13 against Thomas Jefferson high school. 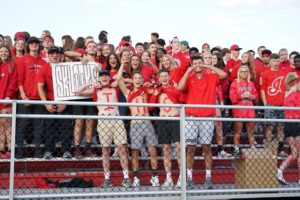 Caption: “The Rowdy Rooters show their excitement for the Indiana’s first win.” 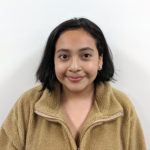 Sylvia is a senior and a second year reporter for the High Arrow.  Her goal in journalism is to bring something new and fresh to the publication with her creativity.