By SYDNEY BRICE – As the school year comes to a close, elections for next year begin.

Key Club President, senior Allie Rutledge, has been running the club since the end of last year. Soon she is going to have to say goodbye and welcome the new board.

Key Club elections are one of the most important elections of the year, considering that the club is one of the largest clubs in the school. Key Club is a volunteer organization that teaches students how to volunteer and gets them involved in their community.

For Rutledge, she is sad to leave this behind her but extremely excited to watch a new set of girls take over.

“The advice I would give our new officers would be to make sure that all members of the Executive Board are involved and helping in some way,” Rutledge said,  “Having committees for events and important tasks as well as staying organized will help you immensely. I know that this group of girls will do great things and I wish them the best of luck!”

Incoming President Hunter Fanella stated, “I am so excited to work with the other Key Club officers and try to make our senior year in this club as ‘normal’ as possible. After a dysfunctional year, we want to carry on what the current seniors are leaving for us. Our main goal is to bring volunteering to the number on priority and find the reward within that.”

Incoming Vice-President Ally Conrad is optimistic, “ I want to bring positive energy to the club and show people how rewarding it can be to help the community. I overall want to get more people involved in the club.” 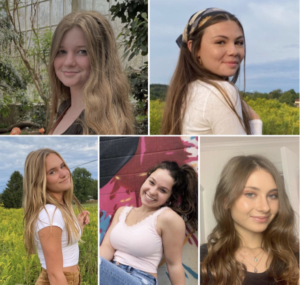 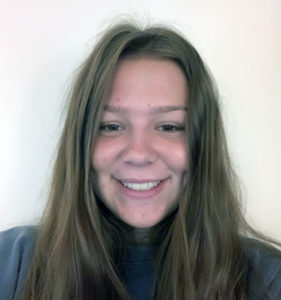