By INDIA KRUG –  Greta Gerwig’s second major film, Little Women, was released on December 25, 2019.  Based on Louisa May Alcott’s 1868 novel of the same name, it follows the lives of the four March sisters, Meg, Jo, Beth, and Amy.

Each of the sisters has individual personalities and aspirations, but all are connected by their fierce adoration for one another.  Jo (Saoirse Ronan) tirelessly works against the systemic exclusion of women in the literary world to become a published author. Meg’s (Emma Watson) desire for domestic life perplexes Jo, but her convictions are just as strong as the rest of her sisters.

Amy (Florence Pugh) is a talented painter but feels obligated to marry in order to ensure her family’s financial stability.  Beth (Eliza Scanlen) is the quietest of the four and wise beyond her years, her moral compass always sending her to the aid of others.

Senior Courtnay Leydic comments, “I loved how you could see the sisters grow into strong women.  Each of their personalities is greatly different from each other but they still embody what strong women look like.  They showed a strong woman is true to herself, whether she’s more feminine like Amy or more headstrong like Jo. There’s no right or wrong way to be a strong woman.”

This is not the first retelling of Little Women, but it is certainly the most nuanced.  The trials faced by the March women are not dissimilar to those faced by women today.

Our mothers and our mother’s mothers read this book, and Gerwig gave this generation of young women a chance to connect with the story who may not have otherwise.

Senior Paige Mitsko shares, “Even though it’s been a long time since I read the book, I do remember it having a big impact on me.  The characters were really powerful and the writing was honest and inspiring.”

The story is told from the perspective of Jo recounting her youth as she attempts to get her book published.  If one is not familiar with the plot, it may be hard to follow, as it jumps between timelines.

Dr. Sarah Bond of the IHS English Department says, “I thought the new version was well done.  My only concern was for those who have not read the book or watched the other version as this new version relied on flashbacks to tell much of the story.  My suggestion–see the new movie but watch the old one before you go.”

This Little Women prevails over past versions with its modern-day sensibility and commitment to highlighting socio-economic issues that other adaptations ignored. And for the first time, Amy is likable!

Despite its age, this narrative is needed now more than ever, and its impression on female audiences is invaluable. 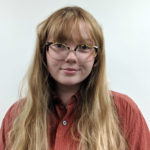