By KILEY BRANAN – COVID-19 is affecting everyone in different ways. Teachers and students have moved to online schooling, people have to work from home, some people are not able to work at all. The Indiana Area School District has canceled spring sports, including boys tennis. baseball, softball, rugby, and boys and girls lacrosse. The cancellation of their season is difficult for the lacrosse teams, especially the seniors.

Both the boys and girls lacrosse teams had started off with lots of practice and hard work leading up to their first scrimmages just before school let out because of the virus. Both teams won their first scrimmages and were looking forward to a great season, “This was my second year playing lacrosse and I was really excited going into the season. Our first scrimmage went great and I couldn’t wait until our first actual game,” commented junior Emma Cramer.

Although the season was canceled for a good reason, all the players are very sad that they hadn’t gotten to play their first game yet. Freshman Mason Fisher said, “It’s not fun not having a season. Things are really boring now because we don’t have school and we don’t have practice and games to look forward to.” Many freshmen were excited for their first high school season and it’s sad for them to see it go so soon, but it’s most difficult for the seniors.

For the seniors, this was their last year to play in high school; their last year with these coaches and these teammates before graduating and heading to college. Some of the seniors like Avery Redd have signed with colleges already, and some were hoping to do that this year. “It’s really sad to see the season get canceled, I enjoy playing lacrosse and I love being with my teammates and coaches, and helping each other learn and get better. The team is kind of like a family and I’m really going to miss it all,” commented senior Amelia Kuzneski.

The virus has had a big impact on many people including spring athletes around the world. For the IHS lacrosse teams, it’s difficult to say goodbye to a season that had barely gotten started. “We had a feeling the season was going to be canceled, but now that it is it’s sad not being able to play,” said sophomore Jack Mock. All of these student-athletes are even more excited to get back on the field and in the game with their teammates next season. 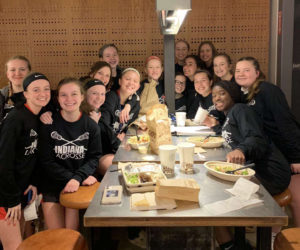 [Photo caption: “The girl’s lacrosse team enjoys a team photo at Chipotle after a scrimmage win and before the school closed and ended their season. ] 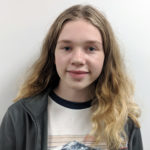