By CALEIGH CESSNA – Despite the virtual formats, the Indiana High School Science Club has seen 31 first place Pennsylvania Junior Academy of Science (PJAS) awards and over $165,000 in scholarship awards through the Pittsburgh Regional Science and Engineering Fair (PRSEF) this year. On top of this, numerous students have prestigious sponsor prizes from companies and organizations such as Facebook, Covestro, Eaton, FedEx, and the U.S. Navy.

Junior Melanie Navaratna was one of these successful students who participated and had successes at both competitions this year stating, “My project is Machine Learning for Improving Non-American English Speech Recognition. Speech-to-text is part of our everyday lives, and it’s especially important for the visually impaired, people who can’t type well, and others who need it for accessibility purposes.”

Navaratna’s project gained attention especially at PRSEF, “I received a sponsor award from Facebook. I also received a scholarship from Penn State Greater Allegheny and one from the University of Pittsburgh at Bradford. These scholarships will definitely help me in the future to keep working on projects like this.”

This project was not the only one that gained attention from well-known companies and universities. “I expanded on the work I did last year, where I synthesized biodiesel using vegetable oil and compared it to diesel using combustion. Used cooking oil was found to be the cheapest source of biofuel at $1.02/L of biofuel, around 30 cents more expensive per liter than diesel,” asserts junior Victor Wu. He gained attention and awards from FedEx, Covestro, and the Society for Analytical Chemists of Pittsburgh. He also earned a $12,000 scholarship from Penn State Greater Allegheny for his work.

Junior Trista Newman is another Science Club Member who saw exceptional success this year. “My project is Smog Paint’s Effectiveness on Air Pollution. In October, [art teacher] Mrs. Porter mentioned checking out these murals that were being done in town, so I did and talked with the group of artists, called Dripped on the Road. They used this paint called Smog Armor paint and claimed that it reduced CO2 in the atmosphere. I found that very interesting and looked at the business’s website and even got a chance to interview the CEO. I tested how the number of coats, surface area, and type of material that was painted on affected the efficiency of the paint to absorb CO2.”

With her project, Newman went on to win a sponsor award from Covestro, American Meteorological Society, a $10,000 scholarship from Mount Aloysius, and a $30,000 scholarship from IUP. “I wasn’t expecting anything from the competition except experience and cheering my fellow Science Club friends on, so I was both shocked and ecstatic when I found out about the IUP scholarship. Winning that made me feel very happy and accomplished about my work and just gave me even more motivation to pursue a science career.”

These students were not the only ones to experience happiness and pride at these competitions. Science Club President and senior Amna Kasi said, “I am very proud of the students for participating this year because I know how hard it can be to take out time this year. The students were impressively independent this year, they barely asked for any help. This year the Science Cub was very successful in PRSEF, we did amazingly despite the pandemic.”

Science Club sponsor and IHS teacher Emily Hixson had similar words for the members, “Even in the face of adversity, no access to IUP and limited access to the HS Labs, students still wanted to work on projects. There was no proverbial “carrot” this year with the fun of the trips and comradery of club gatherings that I thought was what normally motivated students to do all of this extra work. Seeing that dedication and perseverance leading to success at PJAS and PRESF speaks volumes about this group. I am not exaggerating when I say they helped me make it through this year.”

Hixson also had a message for students not in the Science Club who have interests in research, “Curiosity needs a space to grow in and our club is that place. If you have any interest in STEM fields and are looking for somewhere to develop your skills, think about joining the Science Club.” 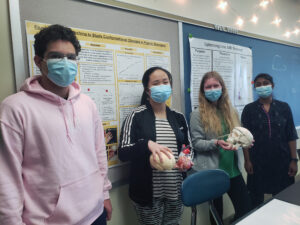 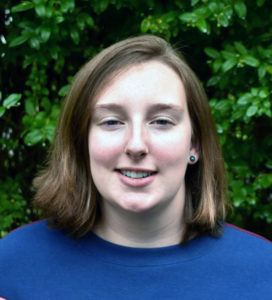