Scoring went back and forth between Indiana and Mars, ending the half with Mars up by one at 3-2. Mars pulled ahead in the second half scoring an additional 11 goals only matched by two Indiana goals.

Buterbaugh ended the night with nine saves, and Indiana ended with a 14-4 loss. Scoring for Indiana was senior Fima Sissoko with three and freshman Gianna Brody with one. Freshman Kyla Weaver had the lone assist for the game.

“Yesterday’s game was going good in the first half, but the second half didn’t go as good,” Brody said. “I feel that we put up a good fight and that game has improved our playing. The team is going to continue to work hard, so we can hopefully get to the playoffs.”

“We started off super strong,” said team captain Spadafora, “honestly I bet you some of the best lacrosse at IHS we have seen, but we unfortunately failed to maintain that into the second half.

“As soon as they got three goals back to back and we couldn’t get possession all our heads started to hang low. I think that as a team we could work more on crashing and strong cuts to net. I feel as though when we would make a cut they would never be at the right time, or even as fast as they could be.

“And as for crashing to the net there were just way too many shooting spaces. This season is going to be great, I can feel it. We finally have a team that our program has been waiting on. Given that we lost our season last year, we have this insane drive to work even harder.”

The team has won three additional games following the game against Mars with a record of 4-1. 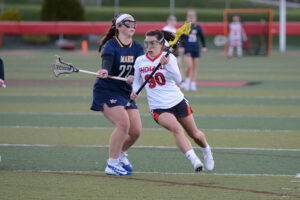 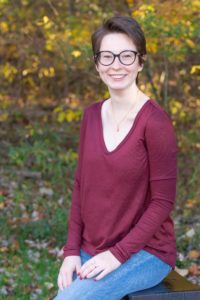