By PARKER KOONS – It appears in every checkout line in every grocery store, and some of the stories are so obviously false that they couldn’t possibly be true. Tabloid journalism or “yellow” journalism as it is properly named, is a type of journalism that focuses on making sensational and often times flat out false claims about celebrities or public figures. Though for a long time, tabloid journalism was only seen next to the .99 cent chewing gum, now it appears to have branched out quite a bit and even seeped into mainstream media.

Many major news outlets have been called out in the past year as “fake news” which in itself is a type of yellow journalism, though far more sinister than that of the tabloid variety. Fake news is defined by Merriam Webster as news that is fake or false in nature.  While the term came into the limelight in more recent times, it has actually been used since the end of the 19th Century.

The reason fake news has reared its ugly head again in recent years is that the business of journalism is being split between both traditional newspapers and technology, and media is putting pressure on some newspapers to stay afloat. These situations can cause some newspapers to follow a more sensationalist approach in order to sell more papers.

The thing is, it doesn’t stop at papers. It now even extends into newscasts and news stations to the point that some websites define the idea of fake news much in the same way previous generations defined propaganda. Senior Sequoiah Rhoades responded, “I think it [fake news] is creeping in, and I see it when listening to Fox News, CNN, etc.”

The reason this misinformation can seep into journalism more readily is also due to the introduction of technology which has allowed an “everyone’s a journalist” mentality to run rampant with people video recording everything from everyday chores to once in a lifetime events.

So, is fake news or propaganda on the rise in 2019?  Concerning the distribution of misinformation, senior John Harper stated, “Absolutely, because it’s easier to spread it now due to the internet.”

“Yellow journalism is toxic as it takes away from real journalism and detracts from the real information that reaches the community at large,” cautioned junior Avery Redd. These warnings should be heeded by the public so as to avoid the continued spread of misinformation in this modern again of innovation. 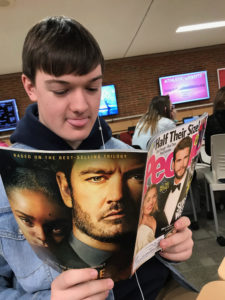 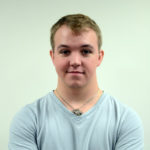