By MADDIE CRIBBS – Throughout the month of February, Digital Media Production (DMP) II-IV students were put to the task to create a 30-60 second film, in order to compete in the third annual Operation Prevention Video Challenge by the United States Drug Enforcement Administration (DEA), The DEA Educational Foundation, and Discovery Education.

Digital Media Production coordinator, Mr. Erik Puskar, assigned the national video challenge as a requirement within his digital media courses. The purpose of the project is to bring awareness to the opioid epidemic in the United States, in hopes to encourage teens to research and educate themselves on the important topic.

DMP II student, senior Kelsey Anderson stated, “Opioids are something that not only affects a single person but affects the families and friends of the abuser. My goal is to get the message across to people that opioids are so easy to get into, but the consequences are life changing. I believe America sees a problem but not enough is being done to stop it.”

The students were given the option to work independently or with fellow students to create and upload their PSA to the national challenge program at www.operationprevention.com and onto the Youtube account of Erik Puskar.

“The goal for me is to send a message on how opioids can ruin anyone’s life and to show them how fast it can happen. The opioid epidemic is a serious problem that everyone across the nation needs to work together to help get under control to stop any further growth of the situation,” commented senior Mason McCauley.

DMP IVstudent, senior Payton White expressed, “I think it’s a good idea that we are doing this since it informs us on what these drugs can actually do to a person and the people around them. So maybe it’ll make people think twice before they start abusing them.”

The opioid epidemic is a national problem, which needs to be addressed. It’s a crucial issue that takes not only one single person, but a community–a nation–to fix it. Being informed on the dangers, signs, and symptoms of opioid misuse, together we can stop a future addicts addiction before it begins to start.

Reach out for help within your local community or at National Hotlines provided below:

Take a stand. See something, say something. Speak up today. Save a life.

[Photo credit in correspondence to www.operationprevention.com ] 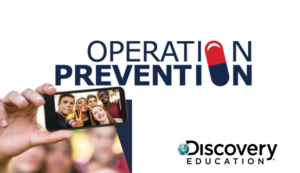