Among Us is a murder mystery game that requires the player to complete tasks in order to win and escape the imposter. The imposter has to sabotage and eliminate all the other crewmates to win and be very sneaky while doing it.

The game was made back in 2018 but it was in an alpha, an alpha are pre-released games that aren’t ready to be published, but sent to the public to be played in the meantime.

Despite the game being just another murder mystery game, It has attracted quite a large audience.

Some feel the game deserves its popularity, while others feel it is over-rated

Freshman Noah White exclaimed, “The game is overrated, it’s basically the most basic game but has millions of players.”

Sophomore Olivia Burkhart on why the game was getting this popular: “I don’t know, I feel like it just got popular at the right time.”

Freshman Wade Jones has his own view of the game, “I mean, it’s a fun game when you’re playing with friends; however, playing the game in public lobbies isn’t as fun.”

I myself assume that the game is just really fun to play nowadays, despite it being made back in 2018, I guess it got recognition because of other similar games, or maybe because of COVID. I don’t understand why everyone is going crazy about it, but I guess every game has its prime. 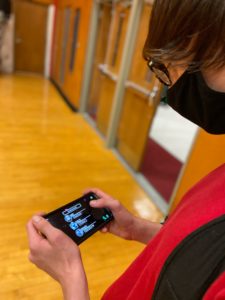 Photo Caption: Freshman Korbin Erikson decides to play a quick game of Among Us. 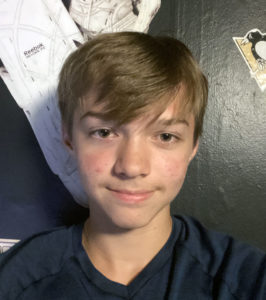 Michael is a freshman and a first-year reporter for the High Arrow. He loves to play video games and enjoys watching the Penguins, Steelers, and Pirates. He is excited to be a part of the High Arrow staff this year.