By EMMA NORMAN – Junior AJ Ryan has started off the wrestling season with an outstanding effort towards his much desired goal. His hard work and dedication is attracting attention from colleges everywhere.

Ryan has been wrestling for most of his life and enjoys sharing his love for the sport with his teammates. He puts in hard work year round and enjoys competing for the high school team.

This is Ryan’s third year wrestling for the high school and is hoping to receive his 100th varsity win and land a spot at the State Tournament. Ryan expressed, “I’m really loving being a part of the wrestling team for another year and being surrounded by all of the amazing teammates and their hard work. We are doing great together as a team and I am looking forward to achieving my two long-term goals before I graduate. My goals are to receive my 100th varsity win, and to attend the state tournament, which will lead to my future success in the sport of wrestling.”

Ryan’s stats have sparked attention from prominent universities. Due to his hard work and dedication to the sport, colleges from all over are offering him a promising future. AJ is honored to have earned their attention. He asserted, “I am currently being contacted by multiple universities who are willing to let me attend their college program, which provides me with a lot of opportunities as I enter into my senior year of high school.”

Not only is Ryan getting accolades from his coaches, but his teammates are proud of him as well. Senior Dylan McAnulty has enjoyed wrestling with Ryan for the past three years. He exclaimed, “He’s a hard worker and puts his heart into the sport. He’s fun to be around, a great friend, awesome teammate, and a killer on the mat.”

IHS congratulates Ryan for all of his hard work and dedication to the sport, and wishes him the best of luck with his goals. 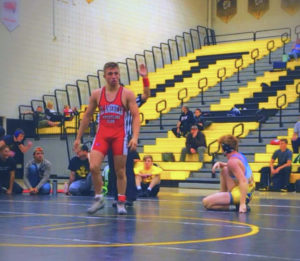 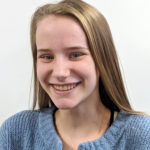