Why Indiana’s image needs to be redrawn.

It’s time to move on from the logo, and the team name and mascot.

“If the team name is offensive enough that we are not allowed to have a mascot or certain things on our school spirit clothes, then the name shouldn’t be a thing either,” expressed senior Nadia Goodyear.

It’s difficult to understand why changes to IHS logos are happening, but the complete movement of change is not. If the Native American symbolism has been intentionally removed from the logo, then it makes sense for the team name to be changed as well.

It wouldn’t be the first time Indiana has undergone this process. The Indiana University of Pennsylvania once faced the same criticism. Back in 2005, the NCAA cited IUP’s team name–the Indians–as “potentially hostile and abusive” and required them to change it in order to play. It was deemed harmful in 2005, so what makes it different now?

IHS wouldn’t be alone in the process either. Goodyear recalls a football game where a cheerleader from an opposing team told her that their school had recently changed their team name from the Indians to the Bulldogs, and they are now permitted to have a mascot.

Of course, the argument can be made that Indiana is simply honoring tradition and heritage.

Indiana is rich in Native American history. Many tribes once lived here: Erie, Iroquois, Lenape, Munsee, Osage, Shawnee, and the Susquehannock tribal nations. Why can’t what Indiana does be considered an honor as well?

In order to honor something, one must have knowledge of what they are honoring. The heritage Indiana uses in its logos and names is not one that students learn about.

Senior Anna Failor admits, “I honestly do not know much about the Native American heritage…I haven’t heard anyone bring it up or talk about it.”

If the community wants to honor Native Americans, they should do more teaching, learning, and interacting.  Jewelry, music, and so much more from and about these groups are out there for people who want to learn about and support Native Americans.

There are also people who just don’t see a reason for change after all of this time. “I feel as if the Indian has been our logo for a long time and that is how other schools and the community recognize us, so [it] would be a very big and surprising change,” expressed senior Meghan Rummel.

Though, that’s the point. Even though we have been recognized as the Indiana Indians for a long time, the community shouldn’t want to be recognized as such if it can be deemed harmful on multiple occasions. Does this team name and mascot show how IHS truly wants to be recognized?

Failor recalls an instance when someone from another band at a football game asked her if our team name was racist.  “One of the first things they said to us was something like ‘Is your name racist?’ This is definitely not the look or reputation the school wants.”

The team name and logo are this community’s reputation, and one of those things is now being phased out. This phasing out of the old logo may be interpreted as a sign that now is the time to reset the community’s values.

It’s time to learn, support, and teach others what knowledge is gathered from the learning and support. An effort has to be put forth. The image Indiana puts out and represents is a definition of their character.

It is time to re-draw it. 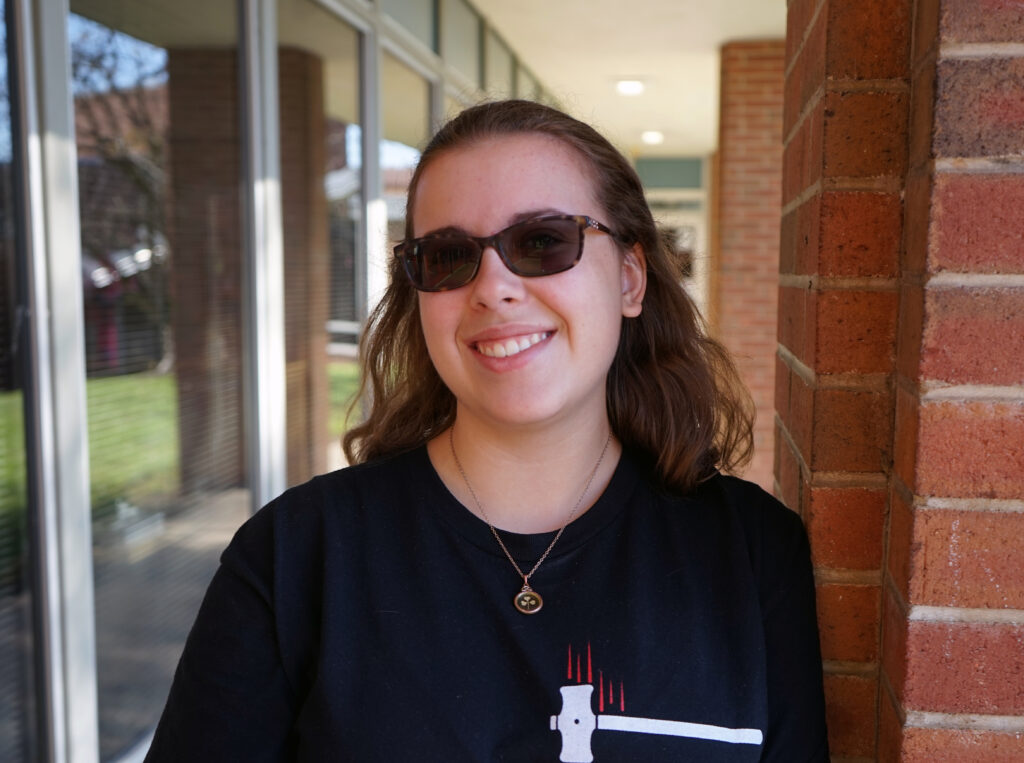 Emma is a senior and a first-year reporter for the High Arrow. She has been intensely involved with the IHS music department for all four years of high school, including attending state-level competitions and playing with the PSO. She is looking forward to working in a journalistic setting and putting the education she receives here towards a career in journalism.

Read More »
November 15, 2022
PrevPreviousIHS Responds to the death of the Queen 
NextIHS Eco-Club is making a difference to our environment Next