By EMMA NORMAN – Often times, our society is divided by political, religious, or even moral opinions. One of these issues that often leads to an uproar in our community and, even country, is rape culture, and whether or not it actually exists.

Rape culture is defined as a society or environment whose social attitudes have the effect of normalizing or trivializing sexual assault and abuse. Some people believe that this normalization of rape or rape culture in general doesn’t exist in our country. However, some are fairly confident that it does.

The student body of IHS is proud to make their opinions known and heard. Some students believe that rape culture doesn’t exist in today’s society. Junior Antonio Caporossi commented, “If we glorified rape in this country then how come rapists are prosecuted daily? If it is truly a part of our ‘culture’, then wouldn’t we also find rape as socially acceptable?”

Junior Nick Hilliard was eager to share his opinion on the topic. He stated, “I do not believe that rape culture exists in America…In the Middle East, there are certain radical groups that get away with this constantly. They do it on a daily basis, and not only that, but they also kill the women at times. We are a country where we will imprison the rapist, sometimes execute the rapist, and we don’t glorify rape in any way.”

The other side of this argument is that rape culture does in fact exist, whether it be through attitude or humor. According to the Southern Connecticut State University website, the following are examples of rape culture: blaming the victim, trivializing sexual assault, sexually explicit jokes, publicly scrutinizing a victim’s dress, mental state, motives, and history, and attempting to teach women to avoid getting raped.

Some students at IHS strongly believe that rape culture exists in our country. Sophomore Justin Reese commented, “I absolutely think that rape culture is present in today’s society. The normalization and acceptance of sexual harassment and assault has created a toxic culture in which offenders are not correctly prosecuted. Often in court cases today, victims are scrutinized for their clothing and behavior, fabricating an excuse for sexual harassment. The idea that women should be taught to avoid getting raped instead of teaching men not to rape is a direct example of rape culture in our society.”

Junior Paige Mitsko also commented, “In my opinion, rape culture is more than just the dictionary definition and is often an uncomfortable topic for many. We have a lot of issues when it comes to stigma surrounding the topic and because of that people deny that rape culture even exists. Many women who have been raped are too afraid to speak up, and it’s a problem.” 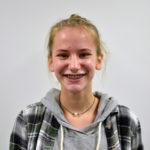