By KOREY FERRINGER- Video Game Club happens on B club days. Every club day, Video Game Club members either play video games alone or together. Games can range from Fortnite to Minecraft. Since any member can bring in any console, it’s a pretty good experience to share video games with friends.

Many students who join the club either want to have time off and relax or just have fun on the internet playing video games alone or with friends. Students who join usually want to join with their friends like freshman Breann Stineman who said, “ I joined Video Game club to be with my friend Maddy McGee.” But many other members joined to simply play video games at the end of the day.

Sophomore Kaylee Becker-George commented, “ I like having the ability to play games at the end of the day.” Most students enjoy going to Video Game Club to just take a load off and talk to their friends while playing a game. Freshman Alex Ishoy adds, “I enjoy playing video games with other people.”

If any member of the Video Game Club doesn’t really want to play any games then the club can be like study hall. One could read, draw or do anything else during the time. During the club, if someone brought in a console, many people could play a video game while other members of the club could watch and take turns participating.

Members could also make new friends over video games as well. If someone didn’t know any of the other players they could join the same game and play against or with each other. Students also joined the club to talk to their friends already in the club about a certain type of video game or to give tips and tricks to help them. Other students just joined to take a break and relax with their friends. 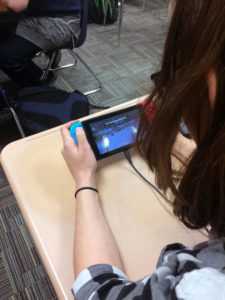 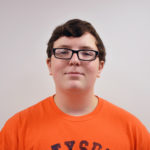