By KILEY BRANAN – IHS alumni Joe Saylor and Phil Kuehn have scored a major hit appearing on the musical score of the Disney movie Soul on drums and bass, respectively

Soul is a family movie about a jazz pianist who has a near-death experience and ends up stuck in the afterlife rethinking some of his decisions as well as realizing the things he took for granted. The movie debuted on their streaming service Disney Plus, in December of 2020.

A major opportunity for these two musicians who went to school together most of their lives then attended The Julliard School in New York City together before moving on to play different gigs. Joe Saylor, through another Julliard alum, pianist and composer Jon Batiste, landed the role of house drummer on The Late Show with Stephen Colbert.

Saylor and Kuehn both graduated from Indiana Area High School in the year 2004 and have gone on to have great opportunities in their musical careers. Kuehn has graced a great many stages with a number of jazz icons such as Wynton Marsalis, Branford Marsalis, and Batiste.

Joe Saylor’s brother, Ben Saylor is now a music teacher at Horace Mann Elementary (Joe and Ben’s father, Nevin Saylor was a band director in the Indiana School District for many years). “Since I have five little kids at home, it was exciting to hype them up for this movie and reveal that their uncle made all of the drum recordings for that character in the band,” commented Mr. Saylor. The family enjoyed watching the movie and knowing that their uncle and friend were a part of the group of musicians who made the score.”

With Batiste as a crucial leader for the group during the recording process, they were able to bring to life what the producers had envisioned. The producers had a very specific vision for what they wanted including energy, timing, and vibe. Batiste wrote the music and then all the musicians worked as a team to create the soundtrack that appears in Soul.

Joe Saylor didn’t think he would get an opportunity like this one but is excited that he did, “I enjoyed drumming from a young age and always knew that I wanted to play. – I have been blessed to have had opportunities to play in a variety of settings and among many talented musicians. However, this was the first movie score I was on.”

With the animators hard at work, while the musicians created wonderful music, it finally came time to put it all together. “I thought the film was done really well. It was particularly amazing to see how accurately they were able to depict the musicians through animation,” mentioned Joe Saylor.

This is a unique opportunity that doesn’t come often and is something that Joe and Phil worked hard to achieve. 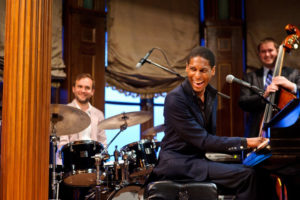 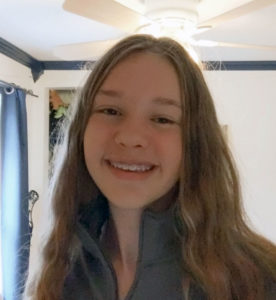 Kiley is a sophomore and second-year reporter for the High Arrow. She enjoys art and plays on the lacrosse team. She is excited to continue writing articles for the students and staff, and parents of IHS.