By HANNAH STEELE-  Turning on the news, scrolling on social media, or even just talking to a neighbor, seems to lead only to one topic: the worldwide coronavirus pandemic.  If you’re anything like me, the constant bombardment of these negative, disheartening, and sometimes political revelations about the virus are mind-numbing and distressing.  Contrary to the beliefs of the media, there are plenty of other things happening in the world currently.  Here are five positive current events that will help distract you from the pandemic.

A male patient from the United Kingdom is believed to have been cured from HIV after no detectable levels have been found in his blood for 30 months after treatment.  Although this doesn’t guarantee a cure for everyone with HIV, it certainly is exciting news for the science and medical community, and can instill hope for those suffering from the virus.

In New York City, there have been no reported pedestrian deaths from automobile accidents for 58 days, which is the longest reported period since 1983.

In San-Francisco, 400 low-income college graduates had their student loans paid off by an anonymous donor who donated over 8 million dollars to the non-profit organization called Students Rising Above.

Instead of taking a huge bag of cash sitting next to an ATM, 19 year old Jose Nunĕz Romaniz reported it to the authorities.  His responsible actions lead to him being named a hero in his community, a public service job offer from the local police, and a $500 scholarship.

Drew Whitted, the owner of Be Strong Gym in Bloomington, Illinois, generously let members borrow more than $40,000 worth of equipment to work out at home with.  The offer was accepted by over 80 members, free of charge.

During this pandemic, it can be hard to keep a positive perspective about the situation of the world.  Don’t let yourself get bombarded by negative news stories, and always try to search out “glass half full” stories to keep yourself in a good mindset. 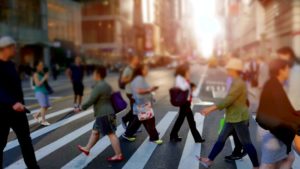