By MEGHAN RUMMEL- Doing school online is now considered the new “normal” and having your cameras on or off is a very controversial topic. Synchronous students at IHS have the option of having their cameras on or off for google meets during class.

There is plenty of reasons why students may not to want to turn their cameras on during class, including things like they may be worried about what they look like during class and not focusing on the lesson being taught, they could get distracted by what other students are doing, sometimes having a lot of people with their cameras on slows down the presentation being shown in class, and it would totally change students routines of how they do online school.

By having to have cameras on, students said it would change the way that they do online classes. Sophomore Sophia Garzarelli said, “I feel like I would be more focused on how I look and not really engaging in the class.” Senior Janet Barber added to this by stating, “I usually am laying in bed while I do class so I would have to have a better setup if cameras were required,” as would many other students who lay in bed during class as well.

Almost everyone has their cameras off during class, and they want it to stay that way. One of the biggest concerns of students is their appearance. Barber stated, “I would feel a bit nervous considering some of us get right out of bed and get onto class without making ourselves presentable.” Junior Melina Hilliard added, “it would be hard to get up out of bed every day to turn your camera on and look presentable.”

Many students don’t do school in a quiet environment at a desk or table with paper and pen in hand. Some even wake up five minutes before class, log onto the meet and go back to sleep. Senior Sarah Pierce claimed, “I personally know that I’m paying attention during my classes so I don’t need it to be mandatory, but some students don’t pay attention so those kinds of students should put their camera on to keep them focused.” Barber expressed, “I don’t think it should be mandatory because everyone has a different home life and I think many kids would be uncomfortable with turning cameras on.”

Overall, students should not have to turn their cameras on during online classes. Students would be uncomfortable, unfocused, and unwilling. 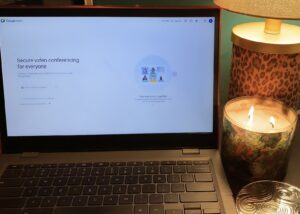 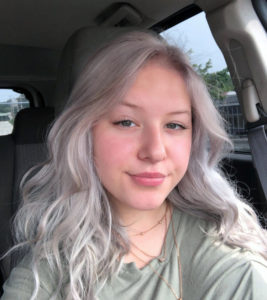 Meghan is a sophomore and a second-year reporter for the High Arrow. She enjoys painting, baking and she loves writing. She is ready to continue providing the students of IHS and the public with factual news.