By KOREY FERRINGER- When Autumn swings by every year, new movies are introduced at the box office. This year, Joker was a huge box office success. Getting over $39.9 million dollars, the movie was considered a smash hit. Other than Joker, many students like to watch their favorite fall movies. Many include movies in the horror genre or maybe even some comedies.

Like people, certain movies are liked more than others. Sophomore Auron Gongloff stated, “My favorite movie to watch in October would be Halloween.” The fall season, for some students, is the perfect time to watch scary movies that would give most people nightmares. These movies could also inspire students to get creative in making Halloween costumes.

While some students like to watch scary movies in the Fall, other students are looking for something else. Sophomore Jack Mock said, “My favorite movie genre is comedy.” There are a lot of movies that are good to watch in the Fall that don’t necessarily fall into the horror genre. Some of these titles include Goosebumps, Beetlejuice, or A House with a Clock in its Walls. These are just some examples of good movies to watch as the leaves begin to fall.

Many students either go solo or with a group when seeing a movie in the theaters. Sophomore  John Manna replied, “Usually depends on the movie I’m watching.” If it’s a certain movie genre, like horror, some students would rather go in groups than alone. On the other hand, students who have waited a while to see a movie might be anxious to see it without anyone at all.

Disney and other motion picture companies have made a lot of good movies that are good to watch in the fall. Some could include Frankenweenie, Hocus Pocus, The Nightmare Before Christmas, and many more.These few titles are great for the entire family to see. Whatever the genre, there are plenty of good movies for everyone to watch as the days get shorter. 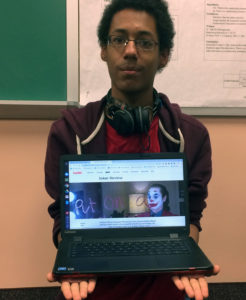