By ENDYA TYSON – On Tuesday, October 2, seniors and juniors traveled to IUP for the annual college and career fair. The fair allowed students to gather information and resources about colleges such as Indiana University of Pennsylvania, The University of Pittsburgh, Ohio Northern University, Williamson College of Trades, and over 50 other colleges and universities available for graduates.

At the fair, students were able to talk to representatives about what their college offers, where it is located, and why their college is different from others. Caitlyn Christie is a senior who was very excited about the career fair stated, “I want to study psychology when I graduate from high school. When I was at the career fair, I was really interested in Gannon University. Gannon University doesn’t require SAT scores and they have a wonderful psychology program.”

Ethan Fredrick, a junior, who was in the crowded room full of students from IHS and other local high schools, said, “ I plan on going to Penn State University.” Penn State University is a large Big 10 school located in Centre County and is a college town just like Indiana, only much bigger.

Some seniors have already been accepted into colleges, but still were curious to learn about other options. Molly Butler, a senior commented, “I have already been accepted into IUP for the 2020 semester and I want to study pre-med.”  Despite being already accepted to IUP, Butler had the opportunity to see what other schools had to offer as well. IUP is an obvious choice for many IHS students seeing as it is located right here in our hometown.

IUP offers lots of scholarships to students from IHS and has many great career paths like health and human services, for example, as well as hospitality management. IUP also has a fine arts department that includes art, music, theatre and so much more.

The career and college fair provided students with many options to consider concerning where they want to continue their education.  With so many schools in attendance, students were able to gain a great deal of knowledge and insight into what area colleges have to offer. 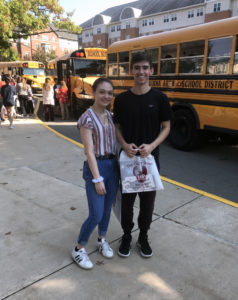 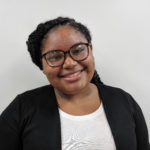 Endya is a junior and in her first year as a reporter for The High Arrow. She is looking froward to always seeking the next hot topic. *Ting:)