By HANNAH STEELE- On May 5, IHS students in Eco Club participated in the annual Envirothon competition and received 5th place, improving their overall score from last year.  Although the competition had to take place virtually due to current state guidelines, students were still able to test their knowledge about current environmental issues in Pennsylvania.

The competition was held through an online test, and teams were able to be on a Google Hangout call to discuss answers.  At the end, the scores of other ten schools from Indiana County were revealed.

“We were pleasantly surprised that the Envirothon was continuing virtually,” expressed Mrs. Joy Dress, a biology teacher at IHS involved with Envirothon and Eco Club.  “The competition is usually very hands-on and interactive.  The Conservation District did a great job of converting the competition onto an electronic platform where students were able to work collaboratively to answer in-depth ecological questions.”

Junior Caleigh Cessna, the leader of team 2, stated, “Envirothon is a fun and engaging competition that allows students to better connect to Pennsylvanian animals, plant life, and soil competition.  We study and prepare for the competition from September until mid May when the competition takes place.”

“I was worried that the Envirothon wouldn’t be able to take place because of the coronavirus,” said junior Ian Steele, a member of Team 1.  “It was actually very fun and educational, despite being online.” 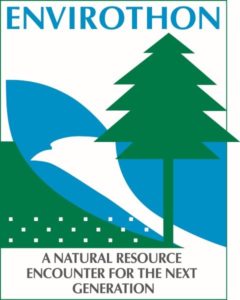 Photo Caption: “The table shows the scores from the teams participating in the Envirothon.”