By SYLVIA GALENO – The football season has begun, and this year IHS has a new head coach. Little Indians head coach Brandon Overdorff has been in the game for nine years. He was previously an assistant coach at Pinedale School in Pinedale, Wyoming, at Purchase Line High School as head football coach, and at McGuffey High School as an assistant coach.

Overdorff is hoping to instill a strong work ethic in his players this season stating , “My expectation is for the guys to play every play as hard as they possibly can, in every game and at every level [JV and Varsity].  We have to develop a higher competitive character in each player as we move forward.”

The players are excited to be part of this year’s team as well. Junior Eric Atherton says, “I like that [Coach Overdorff] made the team work harder this year,” and said his favorite memory so far has been, “How excited they were when we were in our game.”

This year’s team has something to look forward to for the season, whether it’s the wins, or the overall progress and development of the team. Overdorff’s focus for this season is for the team to simply work hard and improve every single day. That’s the message he wants to send to his players.  “If they start everyday thinking of what they need to do to improve individually and as a team, and give great effort in accomplishing those things, they will start to get the results they want.  I also think you’ll see a team that starts to be defined by our core values of toughness, resilience, integrity, belief, and effort”

Football team manager and junior Bella Sharbaugh said, “[Overdorff] helped improve the team..” Sharbaugh feels that this season could in many ways be, “more successful than last year.”

Walking into any new position has its uncertainties, and one may not know exactly how the season will play out.  Overdorff commented,“The experience has been awesome to this point. We have received tremendous support from our community and administration since my arrival, and I look forward to getting to meet more of the faculty and student body now that school is back in session.  The players and coaches have worked really hard and are committed to building something special here at Indiana!”

Junior Ryan Putt said of Coach Overdorff, “He pushes us hard to work harder and get better every day, and gives opportunities to get younger players on the field. He also tries to help us win through motivation and preparing us with the plays and conditioning to be able to compete with the other teams.” 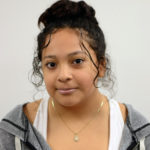 Sylvia is a junior and a first year reporter for the High Arrow.  Her goal in journalism is to bring something new and fresh to the publication with her creativity.