Every morning at Indiana Area High School, the daily announcements are presented to students, faculty, staff, and administrators through a short daily video called the IHS Webcast. Typically, the information provided in the webcast is the recent news regarding sports, organizations, and upcoming events such as Spirit Week and other seasonal activities. Students are chosen to participate as on-air talent as well as technical crew and directors, and as a result, the webcast is almost entirely student-run and in many ways is a collaborative effort by many at IHS.

This year, despite being involved in so many classes and extra-curriculars here at IHS, seniors Alyssa Carloni and Cadence Ullman proudly and selflessly serve as directors for IHS Webcast by working and communicating with IHS Digital Media and Productions teacher and coordinator Mr. Erik Puskar. After receiving any information or guidance from Puskar, both Carloni and Ullman independently and reliably collaborate with each other to handle the responsibilities of scheduling and staffing the webcast, reporting to the IHS webcast studio, and running the various equipment needed for capturing the webcasts. But the collaboration does not end with just Carloni, Ullman, and Puskar, along with a diverse number of students who serve as on-air talent and technical crew for each webcast.

For content within each webcast, various IHS faculty, staff, administrators, and student leaders email or communicate otherwise with Puskar the various announcements that they wish to be contained within each webcast, after which Puskar prepares a “script” for each webcast that is then utilized within prompting screens read by the on-air talent. But much of this requires thinking ahead by all involved as typically two webcasts are captured on Mondays for playback on Tuesdays and Wednesdays, and then three webcasts are captured on Wednesdays for playback on Thursdays, Fridays, and Mondays.

After the students involved in each webcast have successfully captured video files utilizing professional-grade video cameras, video switcher, and audioboard, Puskar then handles the necessary post-production in order to “digitally splice” captured video together, create and add infographics to accompany the content presented within each announcement, add commercials created by various IHS student organizations, and edit and render a final video file that can be delivered electronically to each homeroom teacher as well as all IHS students and staff for any given morning of school.

IHS Webcast is captured in the IHS Digital Media Production Studios facility and specifically within Studio B which is used primarily for webcasting. Other studios within the facility are Studio A which is used as a “flex space” for photography plus videography projects and productions, and Studio C which serves as a podcasting studio and audio recording studio. Collectively the studios serve not only the wide array of students enrolled each school year in the Digital Media Productions I, II, III, and IV courses taught by Puskar but also are readily made available to any IHS student or student organization that wishes to utilize such space as available. This adds an element of school-wide collaboration, which is what Puskar has always aimed for with the IHS Digital Media Production classes and program in order to serve the IHS and IASD school communities.

In providing some history regarding the IHS Webcast, and its predecessor IATV Morning News, Puskar explained, “When I came to IHS in the fall of 1996, after having taught four years down near Pittsburgh where I still live, I was surprised that a wonderful school like IHS did not have a TV or Video Production program. At the time, I was hired to teach social studies and continued to do so for many years. However based upon my own past experience at other schools and school districts as well as my personal interest in and passion for communications, I decided to propose offering a communications-based program with supporting courses and curriculum here at IHS and as soon as that was greenlighted, supported, and funded, we were off and running and quickly growing! Soon I was also given the photojournalism program at IHS as well, and as they say, the rest is history. Then about ten years ago, I completely revamped the curriculum and programs by converging it all into what we have since called Digital Media Productions. Over the past 27 years, and running, I have been so blessed with the help of so many great former and present IASD administrators, school directors, teaching colleagues, and hundreds, if not thousands, of students within my classes as well as parents and school community members over the many memorable years. Collectively, the experience of it all has always made me feel “Indiana Proud” and honestly more like a member of the Indiana and IASD community than the communities I have lived in near Pittsburgh for all my life. Proudly, I have had many students go into professional as well as educational fields related to communications and they have achieved great success within their own careers locally, nationally, and even internationally. As for the numerous students over the decades, and even recently, that have not pursued a future in a communications-related field, they not only have expressed to me over the years an appreciation that they acquired skills for any workplace or life situation, but also that they have such positive and fond memories of their time spent in the classes and programs. So often, I often remind my students each school year that they themselves now stand on the shoulders of great students that came before them, and likewise, someday other students will in turn stand upon their great shoulders. And although just like the students, the technology and the delivery medium have changed greatly over the past nearly 30 years, with continued support and encouragement we have managed to always maintain and improve upon a great curricular and extra-curricular opportunity for our students to learn about and experience so many facets of communication as well as life and career-ready skills.”

Not only is the webcast a way to include students in school communication, but it is also a way to present the announcements in a visual content-enhanced format rather than traditional PA system announcements. Ullman states, “I love that it’s a way for anybody, from any grade, to feel included in school activities.”  Her favorite part about filming the webcast is getting the opportunity to meet new people around the school.

Carloni explains her involvement stating, “I got involved in the IHS webcast last year when I was a student in Digital Media II. As I started to watch the students last year filming the webcast and thought it was interesting and fun. So I decided that I wanted to help out with it this year and asked Mr. Puskar if I could learn how to do it.” When not directing, Carloni also controls or assists student technical crew members with the video switcher and the teleprompter along with occasionally controlling the audio board for proper sound levels and quality of the clip-on microphones worn by on-air talent.

Although each IHS Webcast is limited to a time length of no more than four minutes in order to fit within the time slot provided during homeroom procedures before the start of first period, it soon becomes obvious that the webcasts require a lot of effort and preparation by many persons. Carloni describes the process: “The first thing we have to do to get the webcast ready is find on-air talent throughout the school. Many students really want to do it, so it is not hard. Then once the students take their seats behind the newsdesk, we have to make sure their microphones and cameras are all set. Also, we have to make sure the teleprompter script is pulled up for the right date being captured. After that, we test the audio and explain to the on-air talent the procedure and flow of capturing the webcast. Then we start capturing each webcast as a multiperson collaborative effort and once we are done, Mr. Puskar does the editing after school and sends it out so everyone can watch it during homeroom that morning.”

Being a daily occurrence at IHS, the IHS Morning Webcast is in many ways one of the school’s most timely sources of school-wide news regarding events and happenings. As a result, it is a winning opportunity for all since the students involved in each webcast have an enjoyable yet educational experience while all IHS students and staff benefit from the information provided by these webcasts. Ullman adds, “The main goal of the webcast is to start everyone’s morning with important news from the school, and in a fun way.”

The IHS Webcast is highly appreciated by the students and staff at IHS. Freshman Elizabeth Major expressed, “I think the webcast is cool because it’s run by students.” 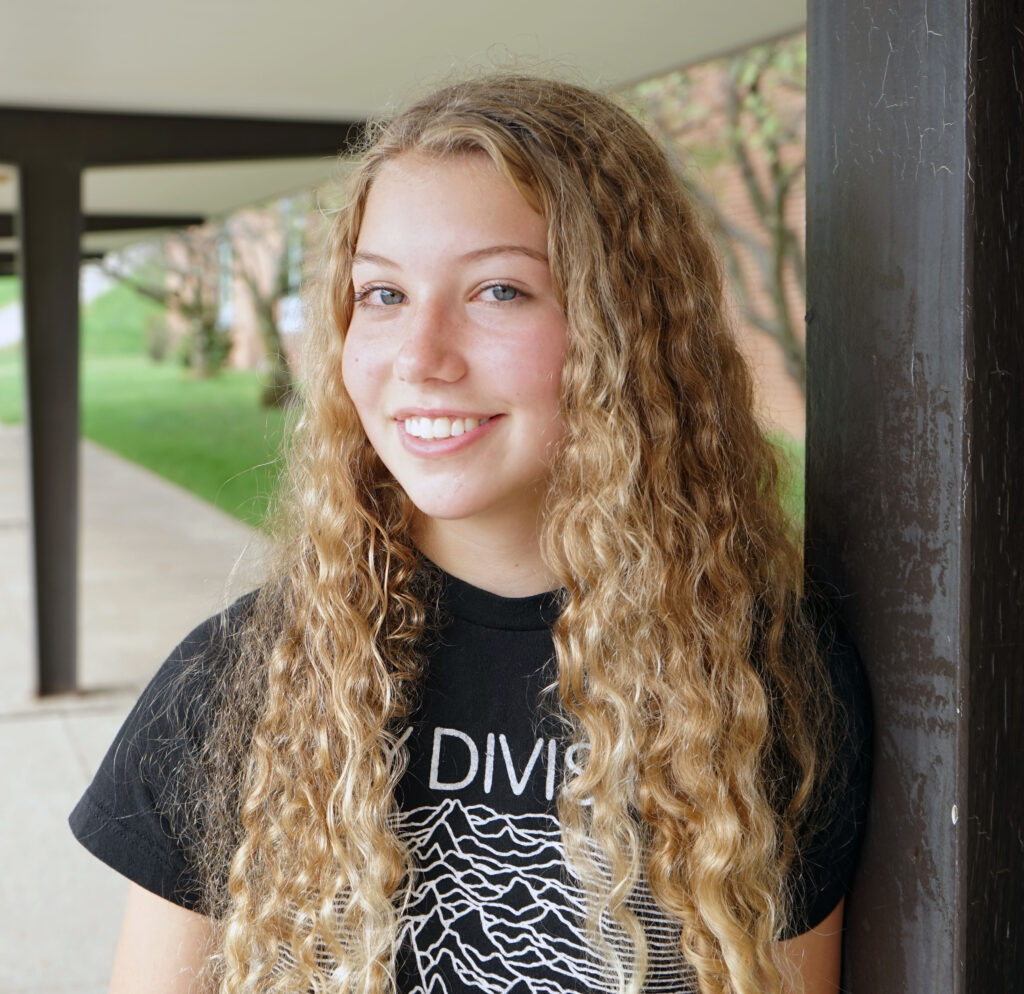