By TEAGAN MERRIMAN – Every holiday season brings on the great debate of which Christmas movie comes out on top.  Here are some of my personal favorites:

The Polar Express, released in 2004, is a classic Christmas movie for students here at IHS.  We have all grown up watching the story of an unnamed boy finding a new and meaningful love for Christmas as he struggles with his belief in Santa Claus.  The film captures the true essence of Christmas with a part of the story taking place in the North Pole itself.  Senior Kade Duffee remarked, “My favorite scene from The Polar Express is the hot chocolate scene, of course.”

Filmed in New York City, one of the most magical cities during the holiday season, Will Ferrell brings Christmas to life through comedy.  Sara Kane, a senior, stated, “I love Elf because it’s just a funny, feel-good movie.  It’s one that I could watch over and over again and not get tired of because it has so many iconic lines.”  Sara definitely does not sit on a throne of lies.

Starring Macaulay Culkin, Home Alone 2: Lost in New York is another movie that never fails to capture the Christmas spirit through light-hearted comedy.  Differing from the original movie, the sequel also incorporates a heartwarming storyline with a woman from Central Park who has a fondness for pigeons, to whom Kevin eventually gives the second turtle dove from earlier in the film to cement their friendship.

An adaptation of the book originally written by Dr. Seuss in 1957, How the Grinch Stole Christmas shows a darker, eerie side of Christmas movies.  After all, the Grinch does live in a cave.  However, Jim Carrey brings light to the film as the Grinch.  Many lines/scenes from this movie have become memes on Twitter and Instagram, adding pop culture value to a movie we’ve all enjoyed as kids.

This film is simply a Christmas classic.  Not only does A Charlie Brown Christmas give its viewers a holiday version of the famous comic but encompasses a beautiful and iconic soundtrack with “O Tennenbaum” and “Christmas Time is Here” becoming Christmas staples.  This is a movie that everyone in the family can enjoy every Christmas season.

Like so many other Christmas movies or television specials, National Lampoon’s Christmas Vacation is a festive installment of an already popular series.  This film is another funny, feel-good movie that you can enjoy with your family or friends throughout the holiday season.

Despite still being such a good movie, the original Home Alone just doesn’t rank as high as its sequel.  It offers a great deal of comedy, but it just doesn’t capture the feeling of Christmas like Home Alone 2: Lost in New York.  However, it is still a classic Christmas movie that many students have grown up watching for many years.

It’s a Wonderful Life should have special meaning to anyone living in the town of Indiana, Pennsylvania.  “I think that it is cool to live in the same town as someone who starred in a movie that big,” stated Peyton Ream, a junior, when speaking about Jimmy Stewart.  Despite the obvious value it holds to our town, It’s a Wonderful Life depicts an extremely heartwarming story that reminds its viewers what Christmas is all about.

Finally, in tenth place, is Rudolph the Red-Nosed Reindeer.  Despite this television special being a Christmas classic that families, such as my own and many others, watch every Christmas, I feel that the age of the film causes it to resonate differently, and probably more fondly, with older generations. 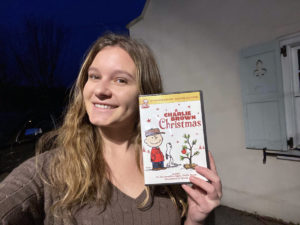 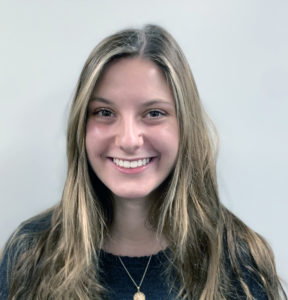